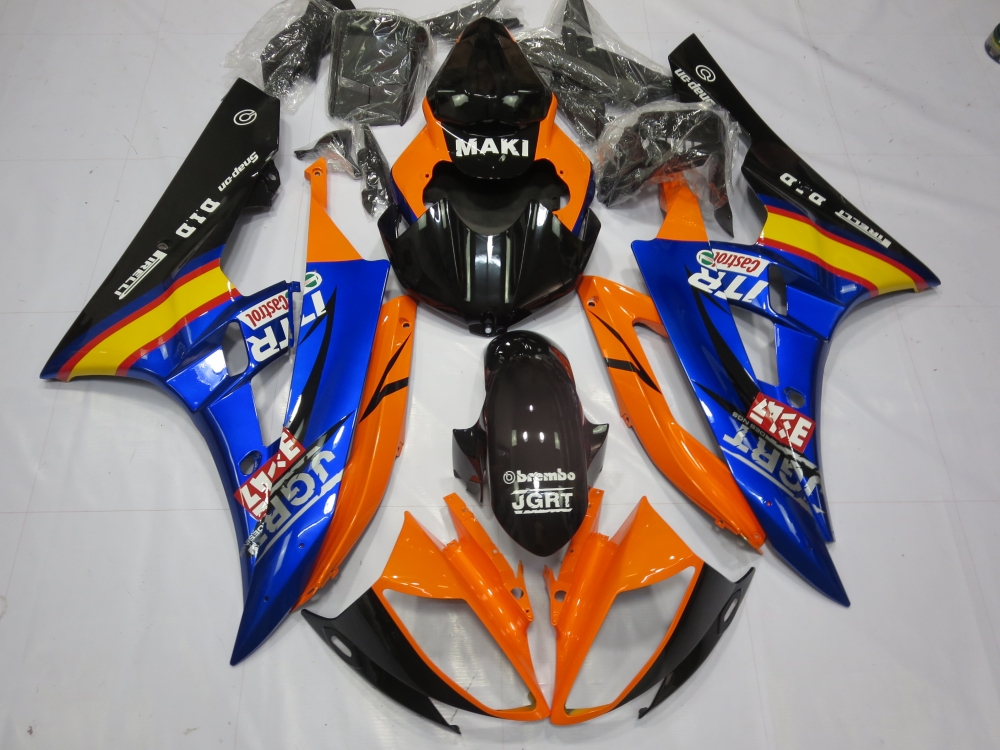 The colour that your fairings are can make a huge difference to your visibility at both day and night. With the mass production of matt black fairings it is sometimes very hard to see motorcycles on the road. This is now counteracted, especially in Europe by daytime running lights and the use of reflectors, but even in the day it can be hard to distinguish certain colours. For example, if the majority of your riding is at night, it is probably inadvisable to have a black bike, however in the daytime, this isn’t so much of an issue. Also, matt paint can be somewhat dangerous too. Matt colours do not reflect as much light due to the rough surface of the paint, which give it the visual effect of being dull. This means in the dark, lights will not reflect off of your bike as much as they would if it was a gloss paint.

Colour of Your Gear

Many people tend not to think about the colour of the gear they wear, however from personal experience in the motorcycle trade, I know that most people will want gear that will match their bike. This is okay up to a point, but you are much safer if your gear is in contrast to the colour of your bike. This means that if your bike is not visible against a certain background, your body is, and vice versa. Many people will find that the majority of motorcycle equipment comes in black, or black. This is sometimes not the case, don’t just have a look at what your local store has in stock, ask them for a catalog, as there is usually more colours in a certain style available. The staff should be more than happy to assist you in getting the right gear and if they’re not, then I suggest you look elsewhere.

Most riders at some point are going to damage their motorcycle. You need to know when it is time to do something about that damage, and it’s usually down to common sense. For example if your fairings are hanging off your bike and flapping around at 30mph, you probably want to remove and replace them as soon as possible. But also remember that your fairings also offer you wind protection and alter the handling of your bike. For example, if you remove your fairings on one side because they are damaged, it is probably wise to remove the other side too if you can’t replace them straight away. This is because the aerodynamics of the bike will change, and may make it unstable. Also, if you do remove fairings, think about things that are exposed after this. I know on my motorcycle, that if I remove all of my fairings, there are several sharp edges that become exposed and mounting points stick out all over the frame. This is a danger to me, but also to people around me should I have an accident. Also remember that fairings offer you some protection during a crash, they can stop your legs getting stuck under the bike by offering a buffer. Finally, fairings protect your bike should you crash, it is cheaper to replace your fairings than to replace your frame.