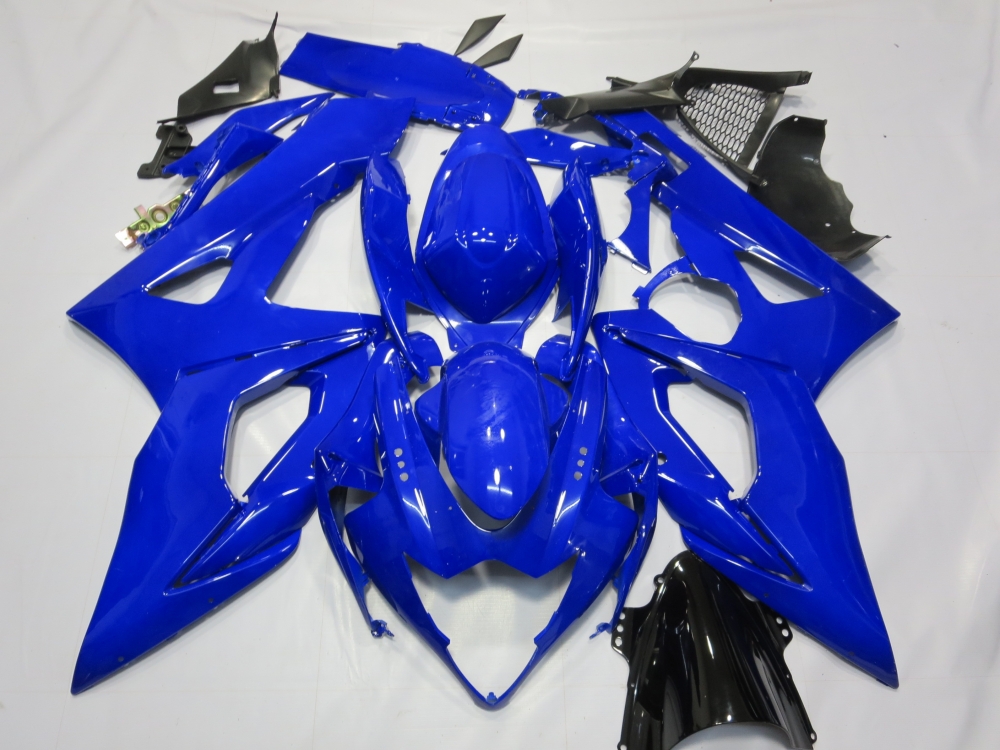 The GSXR or ‘gixxer’ as us bikers call it, is one of the most iconic bikes of the Suzuki range. The GSXR is known as one of the proven fastest production bikes in the world in the form of the GSX 1300R Hayabusa. The GSXR1000 doesn’t fall far from the tree. Production of the GSXR1000 started in 2001 and has had over 8 models so far, with at least 4 major improvements in power, design and weight.

The GSXR1000 started production in 2001 and was designed to be a replacement for the GSXR1100. As you can tell from the name the new model was 100cc less than its predecessor, and is simply a larger version of the GSXR750. Taking many parts from it’s little brother the main frame is the same, with the 1000cc version being made from 0.5mm thicker material, which increased the torsional strength by 10% compared to the 750.

Over the several models the GSXR1000 became lighter with the use of titanium down pipes,  it had more power, torque and of course the GSXR1000 fairings were updated with new shapes, colour schemes and decals. In the K3 model Suzuki chose to replace the six-piston brake calipers with lighter four-piston models, which provided better stopping power and better turning performance. Updates in this model also saw better torque and power due to an improved air intake system, which altered the placement of the headlights on the GSXR1000 fairings and an upgrade of the ECU to 32bit from the previous 16bit. In this model the entire exhaust system was crafted from titanium to reduce weight by 600g.

In 2005 the K5 model saw a redesigned engine and chassis with a 2kg reduction in weight and an 11cc increase in piston displacement. The frame altered the dimensions of the bike, but the well-known GSXR1000 geometrics stayed the same. The weight was now reduced to 201kg and the power output increased to 162.1bhp at 11,500rpm and an increased torque of 108.3Nm at 8500rpm. The K5/K6 model is still to this day the fastest production motorbike on the planet, only being surpassed by the Dodge Tomahawk, which has a theoretical top speed of over 300mph, however they were described as ‘rolling sculptures’ and were never intended to be ridden. To this day no one has been known to reach more than 100mph on the Dodge, making the GSXR1000 safely the fastest mass-produced motorcycle in the world.

In 2007, new emission regulations meant the exhaust system had to be revised and the bike gained 6.4kg over the K6 model. The K7 model also saw the implementation of three different engine-mapping configurations, selectable via two buttons located on the right handlebar. One up, and one down arrow to cycle between Mode A (unrestricted), Mode B (reduced power until 50% throttle is applied), and Mode C (reduced power throughout the rpm regardless of throttle application). It also received a hydraulic clutch.

Overall, the GSXR1000 is an iconic bike. It has safely had the top spot of world’s fastest production motorbike for the past 8 years, and no one seems to be bothering to beat it. The GSXR1000 is reliable, very good value and has superb ride and handling. Although it may lack sophisticated ABS and traction control that is seen on models such as BMW’s S1000RR that makes them better on the track, it still can keep up. But lets be honest, this bike is meant for the road and will be around for a while.